The European Parliament will host a Human Rights Week from 19 to 23 November to mark the 70th anniversary of the Universal Declaration of Human Rights.

The Universal Declaration is the cornerstone of international human rights law and its first article captures its very essence:

“All human beings are born free and equal in dignity and rights”. 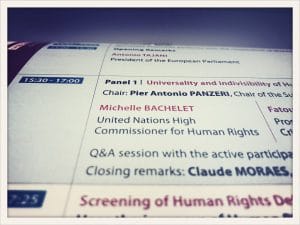 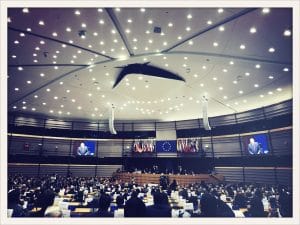 Adopted on 10 December 1948, the Universal Declaration of Human Rights set down for the first time the fundamental rights and freedoms inherent to all people.

To mark the 70th anniversary, the Parliament will organise a week of events, including a conference in Brussels on Tuesday 20 November. It will bring together representatives from around the world to discuss issues, including the defence of human rights in a digital world, the defence of minorities, and human rights monitoring.

Protecting rights within the EU

As part of Human Rights Week, parliamentary committees will organise hearings on the role of governments, institutions and civil society in strengthening respect for fundamental rights, including children’s rights, in the EU. On 19 November, the civil liberties committee will discuss a new fundamental rights report on migrant rights, LGBT, the rights of people with a disability, and the independence of the judiciary in the EU. 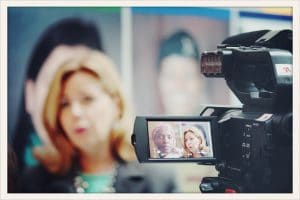 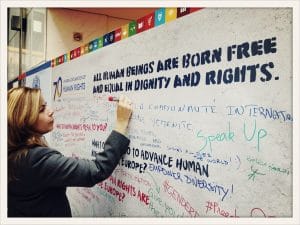 Defending rights outside the EU

The committees will also look at incorporating human rights into the

In addition there will be films highlighting stories of human rights defenders around the world on screens in Parliament throughout the week.

Highlighting its commitment to defending human rights around the world, the Parliament announced in October that it would award the 2018 Sakharov Prize for Freedom of Thought to imprisoned Ukrainian film director Oleg Sentsov.