To celebrate World Environment Day on June 5th, the City of Brussels lit up its iconic Town Hall in Green. With this symbolic action, the Belgian and European capital showed its support for the environment and joined the global launch of the United Nations Decade on Ecosystem Restoration (2021-2030).

“Scientists tell us that the next decade matters the most in preventing catastrophic climate change and bending the curve on biodiversity loss,” Veronika Hunt Safrankova, Head of the UN Environment Program Brussels Office, explained. “Everyone can contribute and every action counts. We can grow trees, green our cities, rewild our gardens, change our diets and clean up rivers.”

“With more than 50 percent of the world population living in urban areas, cities have a key role to drive action and revitalise their urban ecosystems,” she continued. 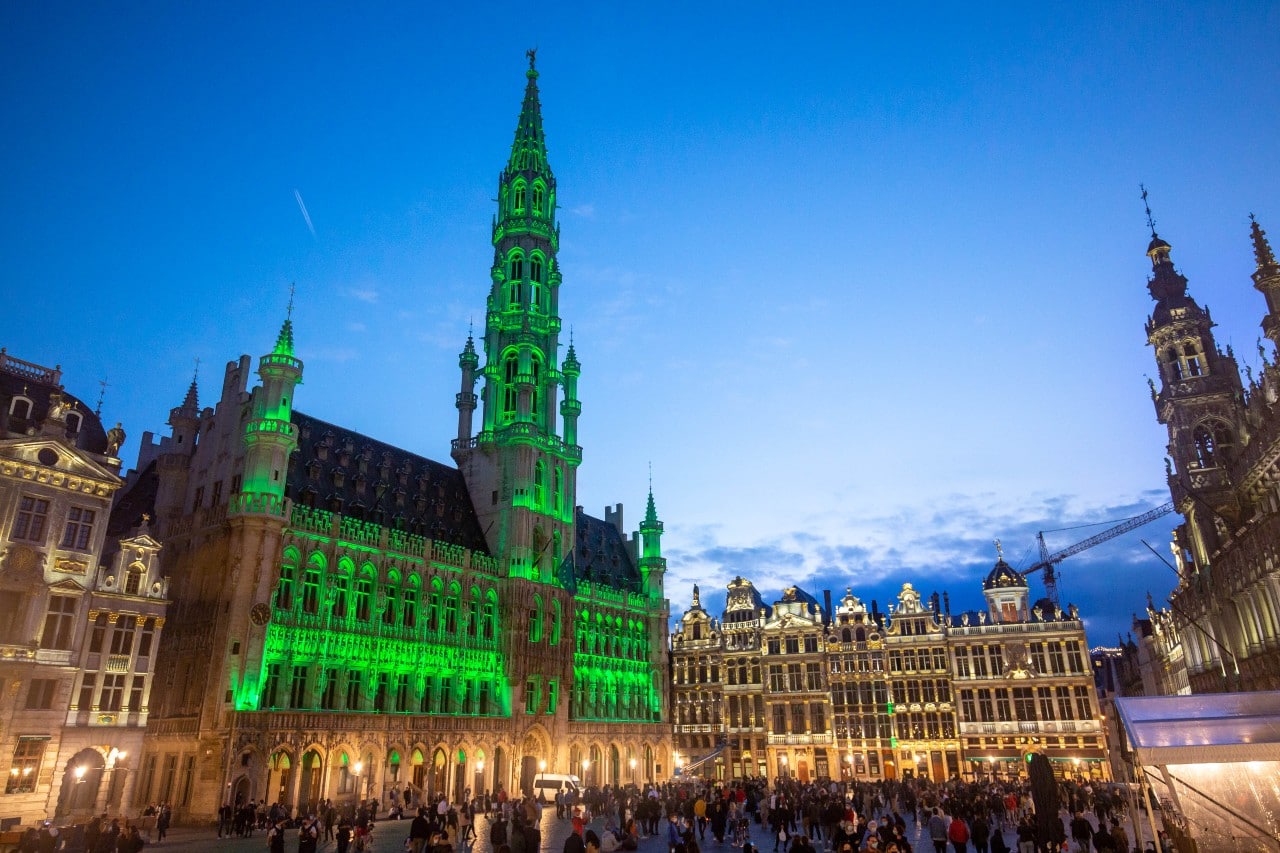 Through its climate policies, the City of Brussels started contributing to ecosystem restoration, in particular in urban areas. It has also pledged to take a series of concrete measures to respond to climate emergencies and elaborated its first Climate Plan with the objective of carbon neutrality in 2050.

“As the capital of Belgium, and especially of 500 million Europeans, the City of Brussels has a pioneering role to play in raising awareness on the environment. World Environment Day reminds us of its importance and impact on the health and well-being of our citizens. It is for this purpose that we are illuminating the Town Hall of Brussels in green today”, said Philippe Close, Mayor of the City of Brussels.

Welcoming Brussels to the global ecosystem restoration movement, Rodrigo de Lapuerta, Director ad interim at the Food and Agriculture Organization Liaison Office in Brussels added: “We need the whole world and especially young people to be part of the global movement to achieve concrete results on the ground as well as ecosystem restoration at scale. We are delighted to see the City of Brussels wholeheartedly joining us in this effort.” 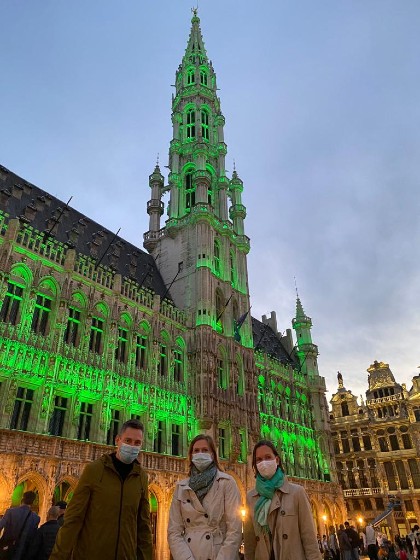 Benoit Hellings, First Alderman and Alderman of Climate and Sports of the City of Brussels (on the left), posing together with Veronika Hunt Safrankova, Head of UNEP Brussels Office (middle) and Caroline Petit, Deputy Director of the UN Regional Information Centre (right) as the Brussels City Hall turns green to mark World Environment Day

About the UN Decade: Led by UNEP and FAO, the UN Decade on Ecosystem Restoration is a rallying call for the protection and revival of ecosystems all around the world, for the benefit of people and nature. The UN Decade concludes in 2030, coinciding with the deadline for the Sustainable Development Goals, and is building a strong, broad-based global movement to ramp up restoration and put the world on track for a sustainable future. We invite all citizens to join #GenerationRestoration.